I began my practice as a Brennan Healing Science Practitioner in Wheeling, WV in June of 2000, working out of my home for the first few years.  In 2004 I moved into an office suite with a psychiatrist and a licensed social worker.  In addition to seeing clients privately, we co-lead numerous support groups together.  The groups would sometimes share a common focus such as divorce or addiction, but would most often serve as a vehicle for general healing and

In my twenty-five years of practice (four as a student and 21 as a professional), I have collaborated with numerous health professionals including therapists, chiropractors, acupuncturists, physicians, and a structural integration therapist.

In 2005, I completed 3 years of additional training at The Barbara Brennan School of Healing to become a teacher and 'Hands of Light' Weekend Workshop Leader.  I have facilitated introductory workshops in West Virginia, Illinois, Maryland, and North Carolina, teaching the fundamental healing science skills taught to incoming freshmen at BBSH. 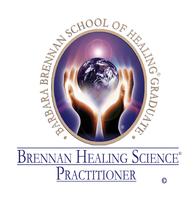 I responded to the call for water protectors in 2016 and worked in the Emotional Wellbeing and Counseling Services tipi with the mental health team there for most of November.

I have placed photos here between my professional and personal background because my experiences at the camp transcended both.

I have never felt so tasked and vital as a healer or more humbled as a human. 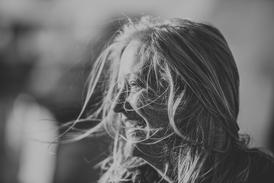 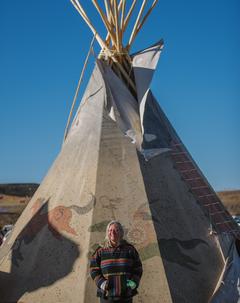 (this one lives on Cherry Street)

Personal Story (what brought me to NC)

My husband Kelly and I moved to Black Mountain, North Carolina in 2015. We have been married for thirty years and have two grown children, a daughter who lives nearby in Asheville and a son who lives in Brooklyn.

Kelly and I grew up in Wheeling, WV, lived in NYC for 10 years and moved back

in 1989 when our first child was two.  We loved raising children in Wheeling among family and friends.  I developed a thriving practice and Kelly became an established guitar player in the Wheeling/Pittsburgh area.  In 2012, the oil and gas industry placed a fracking pad less than 1/2 mile behind our home and it began to make us ill.  We searched for a new home, free of the potential for shale extraction, where the majority of the community holds nature in high regard,

organic food is readily available and hiking is experienced as a spiritual practice.

We feel blessed to have found all of that and so much more here in the Asheville area.

I am practicing out of our home again, as I did in my first few years as a Brennan graduate, while I continue working with many client's long distance over the phone.

Every other Monday I volunteer my healing services with Arms Around ASD,  a resource center in Asheville that provides therapies for people on the autism spectrum and their families regardless of age, ability or income.

Before I began working as an energy healer, I worked as a professional actor

in regional theatre and Off-Broadway in NYC for 10 years. I continue to be involved

in community theatre, playing Vernadette Sims in the 2016 Spring production of

Black Mountain Center for the Arts.

is a specialized holistic healing modality.  The Barbara Brennan School of Healing combines over 2200 hours of comprehensive instruction in hands-on healing techniques with body centered psychotherapy, psycho-spiritual support processes, deep self-introspection and High Sense Perception. Both the four year Professional Studies Diploma and the Bachelor of Science Degree Programs are Licensed by the Florida Commission for Independent Education.

I began studying the Alexander Technique as a student at Washington University in St Louis before any certification process had been established.  Over a period of about eleven years

I participated in well over 1600 hours of study with three different teachers:

I also taught the technique for several years in NYC and Wheeling, WV.

Once I became an energy practitioner, I integrated the technique with my energy work.

Perelandra Center for Nature Researchin 1994 and have continued to use them daily ever since. Perelandra Flower Essences, MAP sessions and MBP solutions are a significant part of my life both personally and professionally.

Ligmincha Institute - offering the ancient teachings, transmissions and practices of the